What do consultants bring to the table?

This is a question often asked by management & staff.

How can they charge so much? Do they really offer value?

Well let’s consider first of all the Aslan phenomenon which was first mentioned by Dr. Roger von Oech in the ground-breaking book on creativity – ‘A Whack on the side of the head’. Von Oech writes that where all men think alike no one thinks.

This is interesting as it links on to study results by Deloitte that indicates that patterns of decision making can result in reputation risk.

Now you may immediately question this assumption by saying that you are a free thinker – especially in meetings. However, subtly and often subconsciously you are being manipulated by the corporate immune response – the corporate culture.

From the first day with an organization you soon learn what is necessary to fit in, to manage perceptions and expectations and to get on with your manager. This acculturation is part of the immune response.

This is why we frown upon those with novel and new ideas. We call them helicopter pilots, we call them rocket scientists. In fact, at one stage of my career, I was told by the then HR Director to stick to my knitting – which was to be a trainer.

We frown upon whistle blowers (look at the furore of Wikileaks), we frown upon people who do not conform. In fact, armed forces around the world actually operate on that principle – using discipline to ensure execution of military strategy.

So, what do consultants bring to the table?

1. They bring a different frame of reference. A different set of knowledge, skills and attitude set. They have worked in many industries and that is what they bring to bear upon your problem or issue.

2. They bring an expanded knowledge management capability. They have read the books, white papers and reports that you have not seen nor had time to read. They often belong to networks and institutes and associations that give them access to connections and access to resources you don’t have.

3. They bring 3rd party, objective insight – an ability to ‘see the woods from the trees’. They have seen the signs of war and have dealt with casualties in many trenches. They bring this unique insight to the table.

It’s a similar example of the difference between doctors who work in 1st world countries and those who have worked in both 1st world and impoverished countries where the same level of medical and hospital care do not exist. Their skill sets are vastly different.

Unfortunately this knowledge and ability does not come cheap. You cannot equate a daily rate with the amount of investment & time that it has taken to develop that skill set.

Years ago there was a factory in Northwest America that would for some unknown reason; go into shutdown mode at the most inopportune times.

Eventually a group of consultants was called in and they resolved only part of the problem at a cost of about 40,000 USD. Although the incidences dropped, the problem persisted.

One day at a brainstorm meeting, someone remembered that there was an old- timer who used to work at the plant, and that he had a way to get the system up and running instantly.

So, they decided to bring him back as a consultant. One day he arrived with a small black suitcase. Inside this suitcase, was a small silver aluminium hammer. As the plant went down in shutdown mode, he opened his case, went up to one of the pipes, smacked it with his small aluminium hammer, and the system restarted instantly.

Very happy, his customer asked him to bill them. Which he did, only for the bean counters to return the invoice asking for how the bill of 1043 dollars was made up.

This was the answer they got.

It’s that ‘look’ that costs so much. And, that is what consultants bring to the table.

Technorati Tags: Consulting Benefits,What a consultant brings to the table

Now is the time to lay the foundation for the new year. Why? So that you can hit the road running after the festive period.

Here are some ideas as to what you need to take a look at:

The bottom line is this: Set yourself up now for success. That way you can enjoy the New Year with the assurance that you are in control.

There are resources out there that can really assist you to become more effective and efficient in your consulting work, including: 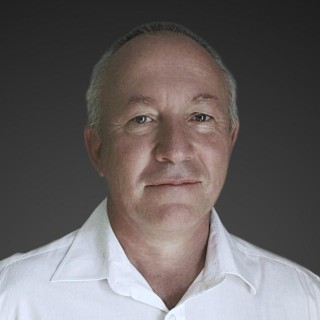